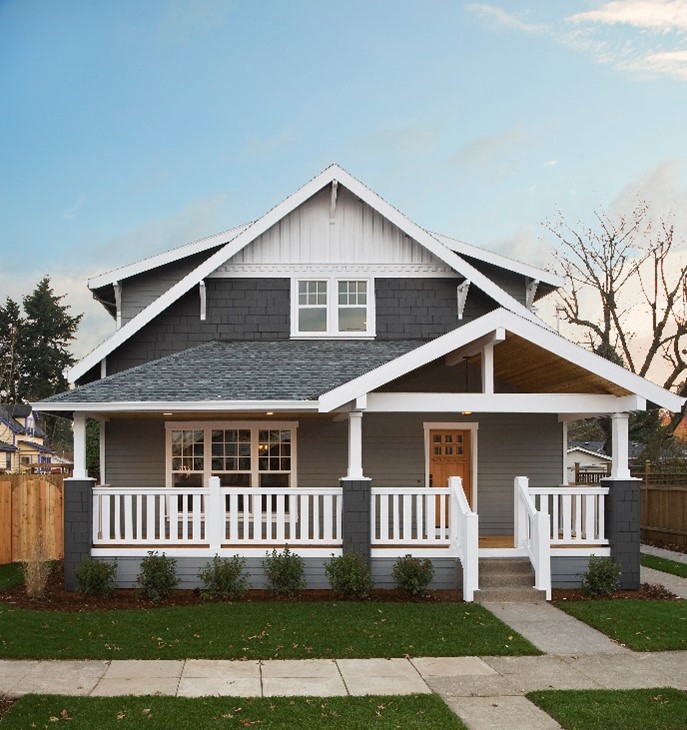 The time period for commencing a tax foreclosure action is governed by N.J.S.A. 54:5-86(a).  Pursuant to N.J.S.A. 54:5-86(a), a private tax sale certificate holder is obligated to wait two (2) years from the sale date of a tax sale certificate to seek foreclosure unless it can establish that the subject property has been abandoned.  N.J.S.A. 54:5-86(b) declares that the question of abandonment is governed by N.J.S.A. 55:19-81.  Abandonment may be established by either (1) filing an abandonment certification by the public officer or the tax collector, along with the complaint; or (2) submitting evidentiary material accompanied by a report and sworn statement from a licensed professional establishing indicia of abandonment.   Recently, there has been an uptick in written opinions addressing the question as to whether a property is abandoned for the purpose of foregoing the two-year waiting period.  In a number of decisions, the Appellate Division rejected the suggestion of abandonment, often concluding the evidence is insufficient.  It is unclear whether these recent opinions are indicative of an overall trend in the industry; however, such decisions are well worth reviewing.

In the unpublished decision,  US BANK CUST FOR PC7 FIRST TRUST AND PC7REO, LLC v. BLOCK 64, LOT 6 21 WHITE HORSE PIKE, BOROUGH OF OAKLYN, Assessed to Sam’s Route 73, LLC, A-2362-18T3, 2020 WL 4196664 at *1-2 (Decided July 22, 2020) (the “Sam’s Route 73 Case”), the tax sale certificate holder took advantage of the summary proceedings available pursuant to N.J.S.A. 54:5-86(b) by filing a motion to deem the affected property abandoned, and submitted therewith a report and sworn statement from Dino M. Cavalieri, a licensed building inspector, certifying that the property was abandoned.  The Trial Court in Sam’s Route 73 Case granted the motion and a final judgment in tax foreclosure was entered.  Thereafter, the owner of the property filed a motion to vacate the final judgment, claiming the property was not abandoned and questioning the veracity of the report prepared by Dino M. Cavalieri. The Appellate Division ultimately held that the Trial Court’s declaration of abandonment was improper, as “there were factual issues to be developed and examined at an evidentiary hearing.  The declaration of abandonment . . .  was, at best, premature.  Because that determination is pivotal to whether plaintiff was entitled to seek foreclosure when it did, all that followed must be vacated.” Id. * 3.

In another unpublished decision, PC5 Reo, LLC v. Block 209, Lot 43, 451 Line St., City of Camden, New Jersey Assessed to: Mas Rental, LLC, A-414-18T2, 2020 WL 425918(“Mas Rental”)the tax sale certificate holder Plaintiff, PC5 REO, LLC (“PC5”) filed an action to foreclose, also relying upon the claim that the property was abandoned to avoid the statutory two-year waiting period.  The member of the property owner (a limited liability company) attempted to challenge the abandonment motion but her responsive submission was rejected by the Trial Court since it was not filed by an attorney; a prerequisite for a litigation filing by a limited liability company.  Upon re-filing by the member, the Trial Court considered the submission notwithstanding the fact that it was not filed by an attorney and granted the abandonment motion concluding that the pro se member was “…not sufficiently diligent in responding to plaintiff’s application…” On appeal, the Appellate Division reversed the Trial Court for a number of reasons but specifically concluded “Mas Rental also alleged various facts about the property that would run counter to plaintiff’s claim that the property was abandoned; if the property was not abandoned, then plaintiff would not have been lawfully permitted to file the foreclosure complaint…”

In Keystone Servicing Company, LLC v. Block 365, Lot 9, 713 S 17th St., City of Newark, State of New Jersey, Assessed to: Armani Realty Group, LLC, A-3170-19, 2021 WL 4933067 (“Armani”), the tax sale certificate holder also sought to avoid the statutory two-year waiting period by relying upon N.J.S.A. 54:5-86(b).  The Plaintiff was unable to acquire a certification from a City Official so it relied upon the certification of a certified property inspector, Derek Leary, who asserted, among other things, that the property was abandoned and had not been occupied for six (6) months (the “Leary Certification”).  The motion to deem the property abandoned was not opposed and an order was entered allowing the action to proceed on a fast track. Thereafter, default judgment was entered against Armani. The member of Armani attempted to file a motion to vacate the abandonment order, but as in Mas Rental, the submission was rejected because it was not filed by an attorney.  Armani then retained an attorney who immediately reached out to Plaintiff’s counsel and explained that the property was not abandoned and instead was in the process of being renovated.  When that effort failed, Armani’s attorney filed a motion to vacate the default judgment.  The Trial Court denied the motion and an appeal followed.  After the Appellate Division addressed the standard for vacating a default judgment, the Court focused on Armani’s efforts to challenge the abandonment, stating “…[m]oreover, Armani made a significant showing that the claim of abandonment was incorrect and, in fact that [Plaintiff’s]…submission on the abandonment motion was inadequate.”  The Court then went on to criticize the Leary Certification, concluding that it “…presented numerous questions and suggests many ambiguities. . . .” The Court determined there were issues of fact regarding the abandonment issue and reversed the Trial Court order denying the motion to vacate default.

In Kearney v. Becker Terrace, LLC, A-1054-20, 2021 WL 5829879, the owner of the subject property filed a motion to vacate a default judgment.  The Trial Court denied the motion but on appeal the Appellate Division reversed, concluding there was “…a genuine factual dispute about whether the residential property [the Defendant, Becker Terrace, LLC]…owned was abandoned…”  Unlike the previously discussed cases, the determination as to whether the property was abandoned was made by the Township housing inspector, Reinhardt Vilson (“Vilson”), who “…viewed the Property and determined it was abandoned as defined by the Abandoned Property Rehabilitation Act, N.J.S.A. 55:19-78 to 107 (“APRA”).  In a May 31, 2019 certification Philip concluded that the property was abandoned and had not been occupied for at least six months based upon “. . . review of township records . . .” and of “…the inspection report and photographs made by [Vilson] from…visual inspection of the property…”  Id. * 2. The Appellate Division questioned the contention that the Property had been abandoned and took particular issue with Philip’s certification concluding it was not based upon first hand knowledge but instead on “…unidentified records prepared by Vilson…” which documents were not authenticated or attached to the certification.  Based upon the aforementioned deficiencies, the Appellate Division remanded to allow the owner to file a responsive pleading.

As indicated in the above cases, the option to expedite a tax foreclosure when a property is abandoned has become a valuable tool for tax sale certificate holders. Of course, it also offers an opportunity for abuse by taking advantage of a market in which residential real estate prices are accelerating at an unprecedented pace.  In addition to the advantage of a shorter time period, the In Rem Tax Foreclosure Act (“IRTFA”) N.J.S.A. 54:5-104.32, also provides for less stringent service requirements when dealing with abandoned properties.  The IRFTA and the corresponding Court Rules only require service by regular and certified mail and publication rather than by personal service:

Any municipality or abandoned property certificate holder may proceed, In Rem, pursuant to the provisions of the In Rem Tax Foreclosure Act (1948), P.L.1948, c. 96 (C.54:5-104.29 et seq.), similarly to bar rights of redemption, after said certificate has been recorded in the office of the county recording officer. Neither the foreclosure nor the recording of any such judgment or certificate shall be construed to be a sale, transfer, or conveyance of title or interest to the subject property under the provisions of the “Uniform Fraudulent Transfer Act,” R.S.25:2-2.

Provided the indices of abandonment can be established, a tax sale certificate holder may proceed pursuant to the IRFTA as a purported “abandoned property certificate holder” to foreclose the sale certificate. Whereas, a tax sale certificate holder who does not have the benefit of the IRFTA must effectuate personal service in accordance with New Jersey Court Rule 4:4-4, a plaintiff proceeding in accordance with the IRFTA need only serve by publication, regular and certified mail.  See New Jersey Court Rule 4:67-7(b) & (7).  The less stringent service requirement increases the chances that the property owner will not appreciate the implications of the mailings and potentially be barred from defending the tax foreclosure.  For the tax sale certificate holder, it is worth rolling the dice on the abandonment claim in the hopes that it will be unopposed.  It will then be left to an often over-burdened Court to scrutinize the abandonment.  Thankfully, the Appellate Division has expressed a willingness to undertake the watchdog role when the abandonment application is not properly supported. Should you or your clients encounter issues concerning tax sale foreclosure actions and abandonment claims, the attorneys at McNally & Bellino, LLC stand ready and willing to assist.