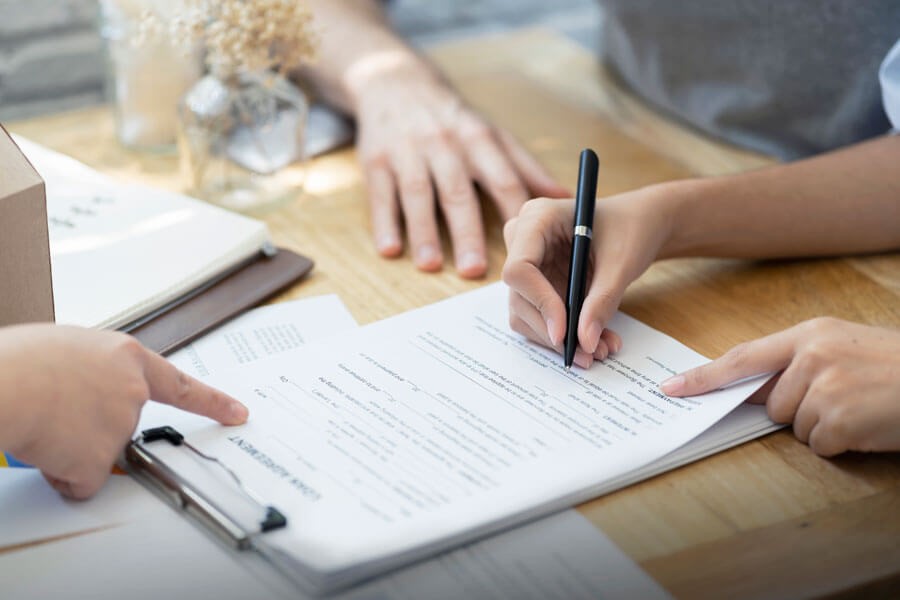 A recent Appellate Division case discussed the convoluted and little understood requirement for attorney review in residential real estate contracts, which requirement stems from the mandate issued by the New Jersey Supreme Court in N.J. State Bar Ass’n v. N.J. Ass’n of Realtor Boards, 93 N.J. 470 (1983) and later codified in N.J.A.C. 11:5-6.2(g).  The N.J. State Bar Ass’n case and the subsequently enacted legislation attempted to “reasonably accommodate[] and safeguard[]” the public interest.  N.J. State Bar Ass’n, 93 N.J. at 474.  Since N.J. State Bar Ass’n and the legislative enactment that followed, however, a series of cases have been handed down by New Jersey Courts which have interpreted, and sometimes attempted to whittle away, those protections. See, e.g., Calvert v. K. Hovnanian at Galloway IV, Inc., 247 N.J. Super. 518, 524 (App. Div. 1991), aff’d  18 N.J. 37 (1992) (reversing a trial court’s determination that the attorney review mandate did not apply to “in-house” transactions whereby a licensed, on-site salesperson directly employed by a condominium developer prepares contracts of sale.); Conley v. Guerrero, 443 N.J. Super. 62, 72 (App. Div. 2015), aff’d as modified, 228 N.J. 339 (2017) (refusing to alter the N.J. State Bar Ass’n mandate and “leav[ing] for others to address” whether to change methods of contract termination notice).  The Sullivan v. Max Spann Real Estate & Auction Co. case recently decided by the Appellate Division is the latest to carve out exceptions to the mandate.

In Sullivan, the plaintiff, Sylvester L. Sullivan (“Sullivan”) and his company, Sylvester L. Sullivan Grantor Retained Income Trust (“GRIT”) hired the defendant brokerage company, Max Spann, to auction off a 5-acre property.  Max Spann prepared promotional materials and invited interested parties to submit applications to bid.  Upon receipt of a submitted application, Max Spann would send the applicants a blank real estate contract of sale, which expressly provided the transaction was to be a cash deal and there would be no attorney review period because prospective bidders would have an opportunity to vet the contract with an attorney of their choosing before the auction date. The auction was held and the successful bidder, Mengxi Liu (“Liu”), executed a contract of sale and put down a ten (10) percent deposit in the amount of $121,000.  Liu was unable to secure financing, however, and the contract was terminated. Max Spann refused to return the deposit or share any of it with Sullivan and GRIT. Accordingly, Sullivan and GRIT filed suit against Max Spann, and the complaint was later amended to join Liu.  Liu argued that the contract of sale was void and unenforceable for failure to include an attorney-review clause.

In my view, the majority’s holding exercises jurisdictional authority over a subject matter exclusively reserved to our Supreme Court by our State’s Constitution.  In this opinion, the Appellate Division materially exceeds the boundary of its role to interpret, apply, generally adhere, and enforce the N.J. State Bar Ass’n mandate.  93 N.J. at 474.  Because this court lacks the ability to modify the mandate, the policy implications discussed by the majority surpass the dispositive issue in this appeal.

Justice Fuentes’ dissenting opinion paves the way for the parties to appeal as of right to the Supreme Court to decide the issue.  This case is certainly one to watch, due to the fact that an increasing number of real estate transactions, especially for bank-owned properties, are now conducted by way of online auction.  Additionally, attorney-prepared contracts are becoming much more common, raising the question whether such contracts require notification that there is no attorney review provision, similar to the blank contract of sale prepared in connection with the auction in the Sullivan case.

Regardless of whether the issue reaches the New Jersey Supreme Court, the Sullivan case could have far-reaching implications on the real estate industry as a whole and realtors, title insurers, financial institutions and investors alike, further whittling down the consumer protections codified by the Legislature and carving out more exceptions to the attorney-review mandate.  If you would like to learn more about the legal implications of the Sullivan case and/or should you require assistance with contract drafting and interpretation in the wake of the Appellate Division’s recent decision, our professionals stand ready to provide assistance and guidance to industry professionals seeking to understand and manage risk.